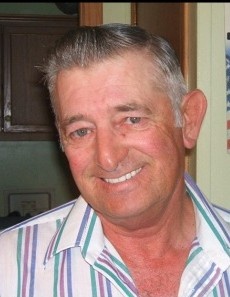 Michael Douglas Eastman Sr., age 72 of Caledonia, Ohio passed away January 30th, 2021 at Marion General Hospital. Michael was born August 19th, 1948 in Norwalk, Ohio, as the son of the late Walter Sr. and Rosealee Consetta (Vassallo) Eastman. Michael married Vicki Ewell December 1st, 1974 and she survives him at home. Michael was a U.S. Army Veteran and was a truck driver most of his life, over the road hauling and working for SIMS and Asplundh. His handle was "Crankshaft". Michael loved spending time with his family, especially his children. They spent a lot of time at truck and tractor pulls. Michael loved trains, whether riding on them or looking at them. He enjoyed fishing, four-wheeling and hunting anything with four legs. He is survived by his children, Michael Eastman Jr., Shelley Eastman, Laurie Cardenas and Raeanne Stanley, grandchildren, Jacob Stanley, Harley Eastman, MacKenzie Eastman, MacKaylin Eastman and Konner Eastman, brothers, William (Diane) and Donald Eastman and sisters, Karen Eastman and Donna (Rick) Sexton. Michael is preceded in death by brother Walter Jr. "Butch" and grandson Jonathan. Graveside service will be held at Caledonia Cemetery on Saturday March 13th at 11:00AM.

To order memorial trees or send flowers to the family in memory of Michael Eastman Sr., please visit our flower store.