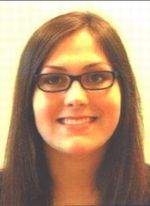 Morgan Lynn Pugh, age 24 of Marseilles-Galion Rd. E. Marion, passed away Wednesday morning December 24th, 2008 in Marion General Hospital as a result of injuries sustained in an auto accident. Morgan was born in Marion, Ohio on August 1st, 1984, the daughter of Robert Carle & Laurie (Kittinger) Pugh of Marion. Morgan attended Ridgedale Schools and graduated from Wayside Christian School in Bucyrus in 2002. She was listed in Who's Who Among High School Students in the U. S. She was the recipient of the Dean's Scholarship at Ohio Sate University Marion Campus and graduated with honors, Cum Laude, with a degree in political science. While attending OSUM, Morgan was active in The Campus Crusade for Christ and the Young Republicans Club of OSUM. Singing and dancing were a big part of Morgan's life. In her earlier years, she was a regular student at Carol Ault's Dance Factory in Caledonia and was a member of the Palace Showcase Kids. Lately, she was an valued member of the praise team, as well as a youth advisor, at the Celebration Christian Church in Marion and preparing to be an instructor for the Bethlehem Dance Education & Ministry Arts. She was also planning to pursue her further education by attending the London School of Economics in the United Kingdom. Her dream was to become a professor of political science.
Morgan had recently obtained an apartment in Columbus and was a valued employee at the Chase Bank in Westerville. She was formerly a part of the Starbucks Family at the Rt. 95 store in Marion. She had become an avid lover of exotic teas from all over the world. She will be sadly missed by all who knew her.
Besides her parents, Morgan is survived by her brother, Robert Carle (Bobby) Pugh Jr. of Marion; her paternal grandmother, Mrs. Nancy Pugh of Marion and her Maternal Grandparents John C. & Elizabeth Kittinger as well as many loving aunts, uncles, cousins and friends. She was preceded in death by her grandfather David C. Pugh.
Funeral Services for Morgan will be held on Tuesday, December 30th, 2008 at the Celebration Christian Church at 1:00 in the afternoon with Gary DiSanto officiating. Friends may call at the church on Monday where the family will receive them from 2 - 4, 6 - 8. Memorial contributions may be made to the Multiple Sclerosis Society. Online condolences may be expressed at www.timsonallenmelroy.com . Timson Allen & Melroy Funeral Home in Caledonia is in charge of arrangements.

To order memorial trees or send flowers to the family in memory of Morgan Pugh, please visit our flower store.