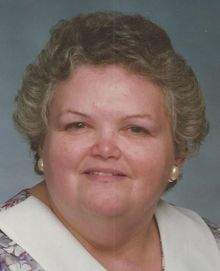 Nancy Ann Pugh, age 81 passed away January 20, 2015 at Riverside Methodist Hospital in Columbus, Ohio. She was born October 10, 1933 in Marion, Ohio to the late Harry James Sr. and Mary Belle (McFadden) Claffey. In her early years, Nancy worked with Inspection Service Inc. in Caledonia, which she found quite enjoyable for five years. After her children were grown, she became a foster mother to 16 children through the Christian Children's Home of Ohio. She was a faithful member of the Kirkpatrick Church of Christ where she had acted as Bible School Director and Teacher and Sunday School Teacher for many years. Nancy was a loving and dedicated caregiver to her brother-in-law Chauncey Pugh for many years. She was very active in her children's lives and frankly, they were her life. She will be immensely missed by her children, Beverly Ann & Bill Smith of Marion, Robert Carle Sr. & Laurie Pugh of Marion, David Christopher Pugh of Marion and Nancy Beth & Edward Mack of Delaware. Nancy leaves behind 10 grandchildren and 4 great grandchildren. She was preceded in death by her husband David Carle in 2007, 3 brothers and 2 sisters and her granddaughter Morgan Pugh in 2008. Funeral Services for Nancy Pugh will be held at 9:00 A.M. Saturday January 24th, at the Timson Allen & Melroy Funeral Home in Caledonia with Donald Kelly officiating. Interment will follow in Marion Cemetery. Friends may call at the funeral home on Friday from 2:00 - 4:00 and 7:00 until 9:00. Memorial Contributions may be made to the National Arthritis Foundation.

To order memorial trees or send flowers to the family in memory of Nancy Pugh, please visit our flower store.