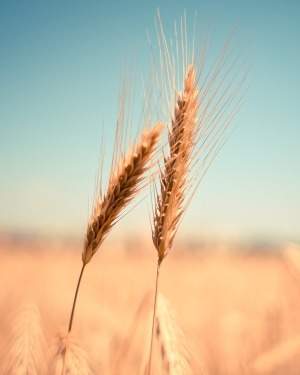 Owen Merrill McIntyre, age 86 of Caledonia, passed away Monday December 09th, 2019 in Marion General Hospital. Owen was born April 01st, 1933 in Maitland Missouri as the son of Dale & Ida (Field) McIntyre. He grew up on a Missouri farm and graduated From Mound City High School in 1951. He graduated with a B.S. degree from North West Missouri State University and received his Master's Degree from Northern Iowa University. During the sixties before coming to Ohio he taught high school Chemistry & Physics in Cameron Mo. In 1968 he relocated his family to Caledonia after receiving a position with Na-Churs Corporation in Marion where he was in charge of all Ma-Churs production and quality control. He was also in charge of research and development. He was a very active member of the Caledonia Church of Christ. He was one of the organizers of the First Consolidated Fire Department where he was also one of the original EMTs. He was a member of the River Valley Lions Club, Oliver Lodge No. 447 F & AM. and Caledonia Seniors. He performed his civic responsibilities by serving on the Caledonia Village Council for several terms. When his children were young Owen acted as a baseball coach for several years. In his spare time he enjoyed golfing and cutting grass around the church. On August 30th, 1953 Owen married the "Love of his Life" Sally (Travis) McIntyre and she survives him at home. He is also survived by his sons, Mark (Amy) McIntyre , Kirk (Margie) McIntyre and Brad McIntyre. He also leaves his five grandchildren, Lori Wilson, Patrick McIntyre, Jamie Schultz, Sean McIntyre & Eric McIntyre. Owen was preceded in death by his son Eric in 1986. A Memorial Service will be held for Owen on Friday December 13th, at 1:00 in the Timson & Melroy Funeral Home in Caledonia with David Braxton officiating. Friends may call at the funeral home where the family will receive them from 11:00 until time of service. In Lieu of flowers Memorial contributions may be made to First Consolidate Fire Department or Caledonia Church of Christ.

To order memorial trees or send flowers to the family in memory of Owen McIntyre, please visit our flower store.