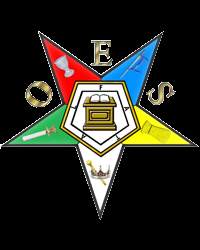 Penny K. Cvetan, age 70, of Caledonia passed away Thursday afternoon December 18th, 2014 at her home. Penny was born March 17th, 1944 in Tucson Arizona as the daughter of the late Glen & Alice Chandler. As a child Penny traveled extensively throughout the world as a military dependant. She loved boating on the Great Lakes and had an operator's license. She was a very avid quilter and crafts person. She was a former member of the Order of the Eastern Star. She had been a Real-estate agent for McNannis Reality and was retired from Whirlpool after 30 years of service. Penny had been married to James Cvetan for over 50 years and he survives her at home. Besides her husband she is also survived by her daughters, Treasa (Dan) Howard of Salsbury NC and Christine Tibbitts of Caledonia. She also leaves behind her son Jacob (Carly) Cvetan of Largo, FL. She is survived by her grandchildren, Jennifer Cvetan, Leah Tibbitts, Brittany Keirns, Tyler Postell, Chrissy, Danielle & Aaron Howard and her great grandchildren, Arianna , Trinity & Isabella Frink, Tavius & Talaya Wylie. She is also survived by her sister Wally Boss of Colorado and brother Maynard Chandler of Tucson, AZ. She was preceded in death by her sister Dorey Lester and her son James Cvetan Jr. Funeral service for Penny will be held on Monday at 8:00 P.M. December 22nd , at the Timson Allen & Melroy Funeral Home in Caledonia. Friends may call at the funeral home Monday evening where the family will receive them between 5:00 and the time of service. Memorial Contributions may be made to Heartland Hospice or The Cancer Care Center of Wyandot Memorial Hospital. .

To order memorial trees or send flowers to the family in memory of Penny Cvetan, please visit our flower store.