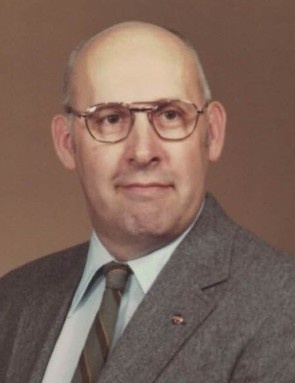 Robert "Bob" William Martin Jr. age 87, of Caledonia passed away Monday, April 29, 2019 at Marion Manor Nursing Home. Bob was born July 25, 1931 in Washington, PA as the son of the late Robert W. and Gertrude (Archer) Martin, Sr. He married Janice, June 30, 1967 in Marion at the Calvary United Methodist Church and she survives him at home. Bob earned his BS degree in Education from Ashland College now University in 1955. He taught at Plymouth High school and coached the football team to an undefeated season in 1956. Bob retired from Whirlpool where he was a Tow Motor Driver and Assembler for over 35 years. He was an avid and loyal Cleveland Browns and Penn State fan. He enjoyed camping in the Mackinaw area. Bob will be sadly missed by his nieces and nephews; Shawn, Doug, Duane, Bill, Jeffrey, Timothy, Elizabeth and Judy, sister-in-law Darlene and brothers-in-law Dennis and Ronald. Bob was preceded in death by his brothers Glenn and Earl Eugene Martin. A memorial service will be held at the Timson & Melroy Funeral Home, Friday, May 10th at 7:00 P.M. with Rev. Dr. Michael Mohr and Pastor Terry Burkhardt officiating. Friends may call from 6:00 PM to 7:00 PM Friday, May 10th at the funeral home. Memorial Contributions may be made to the Caledonia Memorial United Methodist Church or to The Ashland University Football Program in Bob's Memory.

To order memorial trees or send flowers to the family in memory of Robert "Bob" Martin Jr., please visit our flower store.