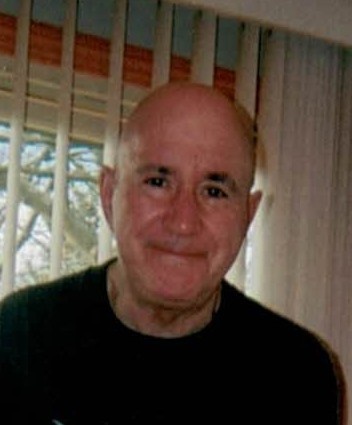 Roger Eugene, Bond age 71 of Galion, passed away December 11th, 2017 at home. Roger was born in Cardington, December 26th, 1945 as the son of the late Charles A. and Mabel (Casto) Bond. He would have been born on Christmas day but his mother Mabel was too busy fixing Christmas dinner so he would just have to wait. He married Audrey "Rose" (Payne) Bond Sept 4, 1971 and they were married 44 years until she passed in 2015. Roger retired from PPG Industries in Crestline in 2006 after 39 years where he was a solder line operator. He was an active volunteer with the Ohio Search and Rescue Team and the Ohio Military Army Reserves 41st Military Police. He was also a volunteer with the Morrow County Board of Health. Roger was very active in retirement after Rose's passing. He worked part-time with his daughter as a funeral assistant at the Timson Allen & Melroy Funeral Home in Caledonia. He enjoyed woodworking and could build anything so long as you didn't want to take it apart later. He loved working on & owning antique cars and going to car shows. He was real proud of his new "toy", a 1951 2 door Ford Sedan and had looked forward to entering it at the shows. Roger enjoyed going to swap meets with his good friends, Jerry, Smilin' Bob, Melvin and his "third son" Nichole. As well as going target practicing and gun shopping with his good friend Bowlby. He was a motorcycle enthusiast and had owned a bike for years. Roger enjoyed being outdoors, working in the yard, taking care of his plants and just relaxing on the deck. Roger is survived by his children: Roger (Rosalie) Bond Jr. of North Carolina, James (Gina) Bond of Norwalk, Nichole Bond (Chris Brickey) of Mt. Gilead and Cathy Wipert (Mark Muir) of Perrysburg. Grandchildren, Victoria, Jeffrey & Nicholas Saunders, Michael, Roger Bond III "Trey", Caroline, Nikki & Gabriel Bond. Great grandchildren, Parker, Rylan, Deklan, Alayna, nephews Jerry, Joe, Warren, niece, Lana and his furkids. Roger was preceded in death by his wife Audrey, his sisters, Iva Jean Rupert, Doris Kochheiser, Ruth Rizor and infant sister Charlotte, stepmother Hazel Probst Bond, stepfather George Foos and his best friend Donald "Dog" Atwell. Graveside services for Roger will be held in Fairview Cemetery, Galion at 1:00 P.M. on Thursday, December 14th, 2017 with Pastor Loyd Caudill officiating. Friends may call on Wednesday at The Schneider - Gompf Funeral Home in Galion from 2:00 until 8:00 . Timson & Melroy Funeral Home of Caledonia is entrusted with Roger's arrangements.

To order memorial trees or send flowers to the family in memory of Roger Bond Sr., please visit our flower store.