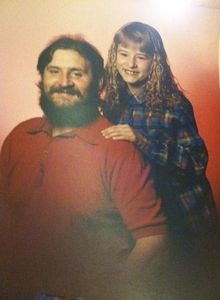 Ronald Eugene Malone, age 58 of Marion passed away Friday March 13th at his residence. Ronald was born on May 14th, 1956 in Marion, Ohio as the son of the late Denver & Jessie (Sizemore) Malone. He was a noted carpenter, enjoyed camping, and spending time with friends and family. He was a huge OSU and Duck Dynasty fan. On July 5th 1986, he married the former Connie Simpkins and she survives him at home. He is also survived by his children, Ronald (Kim) Malone II, Jamie (Tammy) Simpkins, Bobbie Jo Rice all of the Marion County area, seven grandchildren; Leandra Phipps, Josh Montgomery, Nathan Malone, Sammy Malone, Kaylea Malone, Seth Malone and Connie Malone. two great grandchildren; Ariana Wray and Bentley Correa, brothers; Donald (Crystal) Malone of Zanesville, Ohio and Gary Malone of Carey, Ohio, many loving nieces and nephews that loved to call him Uncle Bubbles and his loving dog, Ronda. He was preceded in death by a son, Denver Malone and two sisters, Ela Mae Imbody and Kathy Byrd. Services will be conducted Tuesday, March 17th at 1:00PM at Logos Christian Ministries in Marion with Pastor Daniel Tony presiding. Burial to follow at Grand Prairie Cemetery. Friends may call at the church on Tuesday from 11:00AM until the time of the service. Memorial contributions may be made to Heartland Hospice of Marion.

To order memorial trees or send flowers to the family in memory of Ronald Malone, please visit our flower store.