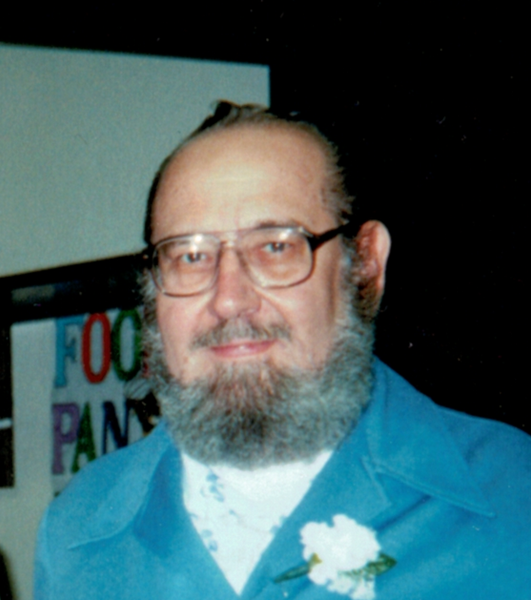 Roy Lee Shuster, age 80 of Martel passed away Sunday, January 31st, 2016 in Marion General Hospital. Roy was born on December 17th, 1935 in Harpster, Ohio as the son of the late Carl and Dorothy (Penrose) Shuster. Roy was an welder at Marion Power Shovel for over 40 years. He was very proud of the fact that he helped build the NASA Space Crawler that was originally contructed to move the Saturn Five Spacecraft to the launching pad and that they continued to be used through the Shuttle years. In his spare time he drove truck for Bob Nickum and worked for Sampley's Farming. He also ran a shop out of his garage welding for the local farmers, enjoyed gardening and spending time with his family and friends. Roy had his own "mini farm" complete with chickens, cows, pigs and goats. On December 29th, 1952 he married Glenna M. Bilger and they were married for 62 years. She passed away in March 28, 2015. Roy and Glenna were also foster parents in Marion County. Roy is survived by his daughters, Connie Rhodes of Caledonia, Peggy Mermann of Bucyrus and step daughter, Reba Jenkins of Martel, six grandchildren, Danielle Hoffman, Mindy Byrd, Roy Rhodes, Jackie Rhodes, Josh Jenkins, Heather Obenour, nine great grandchildren, sisters, Alice Jean Berry of Columbus, Helen (Norman) Bilger of Edison, Jenny (Earl) Healea of Martel, special friends and neighbors, June and John Landis, Mamie Baldinger, Colleen Acton and beloved dog Molly. Funeral Services for Roy Shuster will be held on Thursday morning at 11:00 A.M. February 4th at the Timson Allen & Melroy Funeral Home in Caledonia with Pastor Steve Bloomfield officiating. Interment will follow the service in Caledonia Cemetery. Friends may call at the funeral home on Wednesday where the family will receive them from 6:00 until 8:00. Memorial contributions may be made to Onsite Alternative Transportation Systems.

To order memorial trees or send flowers to the family in memory of Roy Shuster, please visit our flower store.