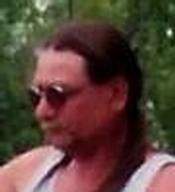 Steven C. Armbruster, age 51 of Caledonia, passed away on Friday evening, at Marion General Hospital. Steven was born August 26th, 1959 in Wellston, Ohio the son of William Armbruster, Jr. and Betty J. (Smith) Armbruster-Keirns, his mother survives in Marion. Steven was employed by Glen Gery Brick in Iberia. He enjoyed hunting, fishing, racing and sports. Steven is survived by the love of his life Kathi Phillips at home, children; Michelle (Tyler Walters) Armbruster of Marion, and Ronnie Armbruster of Caledonia, grandchildren; Sayer Walters, Kayne Armbruster and Hannah Gonzeles, brothers and sisters; Jim Armbruster of Virginia, Richard Armbruster and Debra (Larry) Hughes of Marion, and special niece Kristi Hughes. In addition to his father, Steven was preceded in death by his half brother Larry Armbruster. Funeral services for Steven will be held at 2:00 P.M. Tuesday, April 5, 2011, at the Timson Allen & Melroy Funeral Home. Burial will follow in the Caledonia Cemetery. Friends may call from 1:00 till time of service on Tuesday at the funeral home. Memorial contributions may be made to the family c/o the funeral home.

To order memorial trees or send flowers to the family in memory of Steven Armbruster, please visit our flower store.