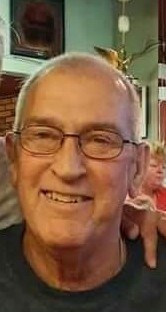 Timothy E. Kazee age 67, of Marion passed away Tuesday, April 12th at Marion General Hospital. Tim was born on November 2nd, 1948 in Portsmouth, Ohio as the son of the late Leslie Kazee and Juanita Strickland Boseman who survives in Marion. Tim was a U.S Army Veteran of the Vietnam War. He was a member of the American Legion in Waldo, the Caledonia Gun Club and was a former member of Wyandot Wings Goldwing Club. He had been employed at the Pillsbury Plant in Martel. Tim was an avid hunter, enjoyed classic cars and spending time with his family. On June 20th, 1993 he married Dana S. Gray who survives him. Tim is survived by his daughter, Kellie Kazee (Kyle Potts) of Gahanna, his son, Kyle (April) Kazee of Fort Jennings, his grandchildren, Carson and Leah, brother, Anthony (Betsy) Kazee of Caledonia, step sister, Denise (James) Kandel of DeGraff, mother-in-law, Flora Gray, sister-in-law Kim (Bill) Berry and many nieces and nephews. In keeping with Timothy's wishes, he is to be cremated and a graveside service will be held Saturday, April 16th at 11:00AM at Caledonia Cemetery with Pastor Dan Johnson officiating and the Marion County Veterans Burial Detail. In lieu of flowers, memorial contributions may be made to the Disabled Veterans Of America P.O. Box 14301, Cincinnati, Ohio 45250-0301.

To order memorial trees or send flowers to the family in memory of Timothy Kazee, please visit our flower store.