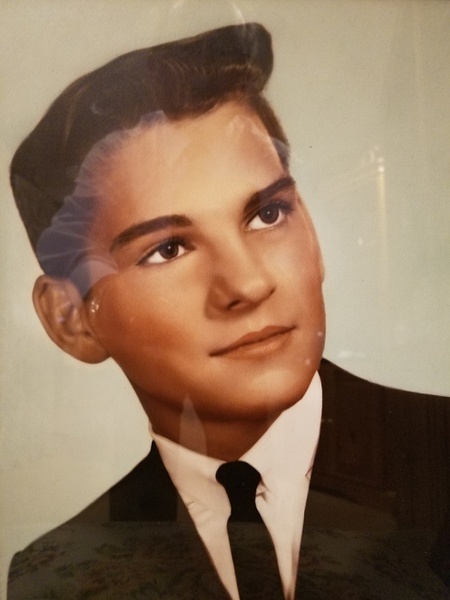 Vernon "Butch" Ellis Worcester, age 73 of Caledonia passed away July 26th at his residence. Butch was born November 8, 1946 in Galion, Ohio as the son of the late Perry and Helen (Goldsmith) Worcester. Butch married the love of his life, Marge Irey, May 5, 1977 and she survives him at home. Butch was a former Post Commander at the American Legion Post 401 and he considered them his second family. Butch was a huge OSU football and basketball fan. He received a signed football from Coach Tressel that he was quite proud of. Butch loved animals. All animals, especially his cats. He was a die hard vegan due to that love. In his earlier days, Butch was the rhythm guitarist for the band White Lighting Express. He also loved his family and spending time with them. Butch is survived by his sons, Bill (Sharon), Dave, and Danny (Lynn) Johnson, grandchildren, Shannon, Cody and William Johnson, Samantha Frazier and Samantha Shade, great grandchildren, Zander and Julian Shade, sister, Joyce (John) Tyner and his furkid Maddie. Butch is preceded in death by his son, Steve Detwiler. A Graveside Service for Butch will be held on Monday, August 3rd at 2:00 in Caledonia Cemetery. In lieu of flowers memorial contributions may be made to the American Legion Post 401, 130 E. Marion Street, Caledonia, Ohio 43314

To order memorial trees or send flowers to the family in memory of Vernon "Butch" Worcester, please visit our flower store.