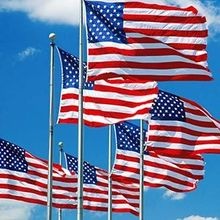 Walter Eugene Poetker
Walter E. Poetker, age 82 of Caledonia passed away Tuesday morning Fen 05th, 2013 at Riverside Methodist Hospital. He was born August 2nd, 1930 in Jackson, Ohio as the son of Oscar and Ruth (Rose) Poetker. On December 24th, 1965 he married the former Joanna Engle and she survives him at home. Walter was a graduate of Jackson High School and served proudly in the United States Navy during the Korean Conflict. Walter spent most of his working career as an electroplater for the Battelle Institute and Abrasive Technologies in Columbus. He is a former member of the Electroplating Society of Ohio. He served proudly for many years as the head usher at the Caledonia Memorial United Methodist Church. In his spare time Wally enjoyed fishing and camping. He had an extensive vegetable garden and enjoyed watching athletic events on television. Besides his loving wife, Walter is survived by his two sons; Jason (Krista) Poetker of Greenville, SC and Walter Poetker Jr of Kingston, OH. He also leaves behind his daughter, Rachel (Michael) Hogsett of Galena. His grandchildren; Andi Hogsett,James Poetker, Jessie Poetker, Nick Torbett, Madelyn and Sierra Poetker. Walter also leaves two brothers, Ralph and David Poetker, both of Jackson, OH and his sister Jane Walton of Pomeroy, OH. He was preceded in death by his brother Murl. Funeral Services for Walter will be held at 11:00 A.M. Friday February 08th at the Timson Allen & Melroy Funeral Home in Caledonia with Rev. Dr. O. French Ball officiating. Military Interment Services will follow in Caledonia Cemetery on Monday February 11th at 2:00 P.M. Friends may call at the funeral home on Thursday from 6 - 9. Memorial Contributions may be made to the Disabled Veterans of America Attn: GIFT PROCESSING PO Box 14301 Concinnati, OH 45250-0301.

To order memorial trees or send flowers to the family in memory of Walter Poetker, please visit our flower store.