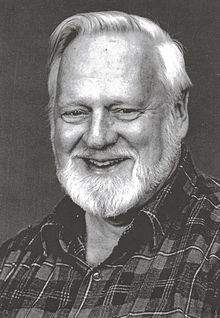 William E. Disbrow age 95, passed away peacefully Sunday morning August 26th surrounded by his family at Marion General Hospital. He was born February 23rd 1917 in New Rochelle, NY as the son of Bernard and Hulda Disbrow. He later moved to California where he was employed by Chevron Oil for 30 years. Bill was blessed with a beautiful voice. His other talents included woodworking, making jewelry, sculptures and painting. He had hoped to become a minister, but was drafted in 1940 so he became a minister of music for 60 years. He shared his talents singing in church choirs and musical theatre where he was best known for "Fiddler on the Roof" and his favorite song, "If I Were A Rich Man." One of Bill's favorite singing activities was the Fred Waring Elderhostel which he attended with his wife Phyllis for 18 years. The two directors, Donna Knott and Randy Yoder became very special friends along with their families and many, many other singers & friends. Bill and his first wife Dorothy were blessed with four children, Judy Disbrow, Beth Dellinger, Pat (Eric) Ericson, Bill Disbrow Jr, and one granddaughter, Mary Disbrow. In 1992 he married Phyllis Longacre - Martin who survives with children Sue (Dave) Arter and David (Sherrie) Martin. Grandchildren Scott (Jeanne) Arter, Joel Arter and Drew Martin. A man of deep faith, Bill lived by the Golden Rule and shared his faith and life by doing this. A celebration of his life will be held at 11:00 A.M. Saturday morning September 1st at the Caledonia Church of Christ. Memorial Contributions may be made to the Caledonia Church of Christ or the First Consolidated Fire District

To order memorial trees or send flowers to the family in memory of William Disbrow, please visit our flower store.