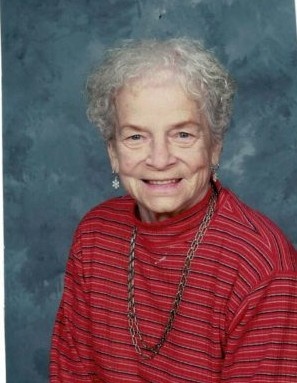 On Wednesday, January 15, 2020, Wilma Elizabeth Nye, 93, passed away peacefully at Marion Manor. Wilma was born May 17, 1926, and was the daughter of the late William and Sylvia (Lapp) Becthle. During WWII, Wilma worked as a waitress at the Midway Restaurant. When her youngest children entered school, she began working at Frank Brother's Clothing. Then she moved on to Plant Life Fertilizer, DeKalb Hatchery, and lastly Depot Sales where she was a bookkeeper. In the late 1960s, Wilma also established a business at her home in Caledonia as a tax preparer and notary public. She enjoyed being a volunteer at the Kirkpatrick Food Pantry for many years. And, having a deep love for books, she was an avid, lifelong reader. Wilma is survived by sons Timothy Fisher (Julie), Daniel K. Fisher II, Guy Fisher (Elizabeth); daughters Peggy Lomax (John PhD), Kathleen Tharp (Michael), Marcia Nye Burrows, Deborah Mahaney (John), Melody Rivers (Juan); 13 grandchildren, and numerous great-grandchildren, step children, and step great-grandchildren. Wilma was preceded in death by her ex-husband Daniel K. Fisher I, husband Jack Nye, brother Paul Becthle, granddaughter Jill Fisher, and her dear friend Frank Calenda. Friends may call at Timson-Melroy Funeral Home, 407 S. Main St., Caledonia, OH 43314, Monday, January 20th, from 12:00 until the time of the memorial service. The memorial service will be officiated by Pastor Don Kelley at 2:00 o'clock. Interment at Caledonia Cemetery will follow the memorial service. In lieu of flowers, memorials may be made to Kirkpatrick Church of Christ, Heartland Hospice Memorial Fund, or the charity of your choice. A special thanks to the nurses and staff at Marion Manor and Heartland Hospice for their loving care of Wilma.

To order memorial trees or send flowers to the family in memory of Wilma Nye, please visit our flower store.